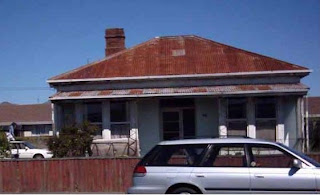 The University of Otago published a report last year stating that NZ was in the upper end of an international scale for excess winter mortality (EWM) and that 1600 more people died over the winter months than the summer (On overage, 600 more deaths occurred in July compared to February) and that this high EWM had remained pretty constant for the last 20 years.

Otago's Associate Professor Michael Baker reported that NZ's EWM is 2% higher than the mean mortality rates of 14 European countries, even though many of those countries had lower winter temperatures than New Zealand. Why is that?

He said "One theory is that countries like Canada, Norway and Russia have such cold winters that people have developed better insulated houses and other strategies to survive winter. More temperate countries like New Zealand, Ireland and Portugal have a higher EWM because we are less well adapted to cold conditions."

The report concluded that further research was needed:

"EWM in NZ is substantial and at the upper end of the range observed internationally. Interventions to reduce EWM are important, but the surprising lack of variation in EWM by ethnicity, region and deprivation, provides little guidance for how such mortality can be reduced. More targeted research is needed to explore a number of other possible factors that could be contributing to EWM, including the role of climate, influenza, behaviour, crowding in winter, levels of home heating & thermal performance of houses."

Other recent studies seem to confirm that there is a significant problem with the condition of many houses in New Zealand with poor insulation, damp and mould having serious effects on human health.

A year earlier Professor Robert Vale, a sustainable architecture expert, said he was "appalled" by the state of New Zealand's houses. In his opinion even New Zealand's most ecologically advanced houses were 40 years behind European cutting-edge eco-houses:
"In terms of energy efficient houses we are not very far along. It's pretty much where the Scandinavians were in the 1960s."

"Scarily Cold" HousesVale emigrated to New Zealand 13 years ago and described the average New Zealand house as "scarily cold", badly insulated, with huge expanses of single-glazed glass and a nightmare to heat. He and his wife were expecting a country that was environmentally advanced but instead found a country with little interest in sustainability."It's not what we expected, with New Zealand's clean green image and the anti-nuclear thing."

Vale pointed out 17 houses that are being promoted as paragons of energy efficiency on the Building and Research Association of New Zealand's website. These were supposed to be zero and low energy houses but more than two thirds used more energy than the average NZ house, one used 57,000KWh in a year - 5 times the average of 11,000KWh per year.

One large Lyttelton house with a floor area of 330 sq m, used little electricity but more than 53,000KWh worth of firewood each year whilst another promoted as a zero energy home used an LPG heater and a log burner with a wetback.

NZ's Houses Compared to Refugee Camp Huts
According to a health expert 3 out of 4 homes in some regions of New Zealand were so cold, damp and mouldy that they were on a par with refugee camp huts. Associate Professor Jeroen Douwes of Massey University cited a 2005 study, that found mould in 75 per cent of the 1310 households surveyed.

Up to one in five New Zealanders suffer the chronic and sometimes life-threatening respiratory condition. Wellington's Asthma Research Group has found that asthmatics allergic to mould had much more severe symptoms, and were almost twice as likely to end up in intensive care.

Health Ruined in Quarter of a Million Homes
Another study estimated that occupants' health has been ruined in 250,000 New Zealand homes and that both old and new houses were affected. The houses were so cold, damp and poorly built that they caused serious health problems. It's estimated that it would cost $20 billion to put it right.

Air Pollution
The Ministry of the Environment has said that poor air quality is a significant issue in some areas of New Zealand and that two thirds of the population live in areas that can experience air pollution.

It's estimated that 1,100 people die prematurely in urban areas from air pollution and that most poor air quality is caused by high winter levels of particulate matter (PM10) from wood and coal used for home heating. Auckland also experiences high levels of PM10 from road transport.
from Beren on Friday, May 15, 2009 3 Thoughts about this post

The stabbing death of Paul Chong outside a workshop in View Road, Glenfield yesterday brings the number of murders in the Auckland region to at least 10 so far this year.

South African worried by the violence
Riann Twine who works on View Road told the Herald newspaper "Coming from South Africa I'm used to the violence. But I moved here to get away from this.

"I have been in this street for about five years. We have never had this sort of drama. But this is the second incident in a short space of time. A shop owner across the road was recently beaten up, and had to have facial reconstruction. It is a bit of a worry."

Update
Police have confirmed on 15 May that a homicide investigation is underway following the post mortem examination of a woman's body found in a flat in Warick Street, Western Springs. The woman, whose family is overseas, is thought to have lain undiscovered for up to a month. A 47 year old man has appeared in court charged with assaulting the woman and was later charged with murder.

The woman was later revealed to be Nuttider Vaikaen, the man - a 47 year old computer programmer - has been granted name suppression

Last year there were 21 known murders in the Auckland region and 58 nationally.
from Turin on Tuesday, May 12, 2009 0 Thoughts about this post