Radioactive Waste and Heavy Metal Clean Up at Hobsonville, Auckland

The New Zealand Defence Force (NZDF) has pledged to clean-up contaminated land at Hobsonville airport prior to the land being sold for commercial development or housing.

See a Google Street View of the area

The radioactivity comes from radium 266 used in luminous markings and it has already been deposited in containers. In the 1950s burying such instruments was an accepted disposal method.

Remediation work will include the removal of soil to a licensed disposal facility and cleaning of some areas.

Many sites in the Auckland region are also contaminated with chemicals left behind from agricultural activities which caused a furore recently. More to follow on this....
from Lúthien on Thursday, December 04, 2008 0 Thoughts about this post

John Key will decide within the next 48 hours whether to send commercial charter flights, or use a military aircraft currently headed to a base in the region, to get stranded New Zealanders out of Thailand: He said:

"I think it would be irresponsible of me, as prime minister not to act today, I think I've got to show some leadership."

I think that the New Zelanders holed up in Tailand will be relieved to hear that.
The government is considering using Hercules to ferry 65 people at a time to either Singapore or Malaysia but these aircraft are noisy and uncomfortable. They'd prefer to use the Air Force's Boeing 757 passenger aircraft, but the two they have are both out of action, something that Key has pledged to address.

According to TVNZ
"John Key says the Hercules will be dispatched in case it is needed, with stranded kiwis encouraged to continue trying to get out on commercial flights....

More than 200 Kiwis are currently stranded in Thailand, although the exact number is still unknown.

However, a trickle of travellers are finding their way home to New Zealand, glad to be getting out of the increasingly bloody situation.

Those coming home say troubles are spreading to tourist areas now, and that the embassy is not much help to them."

Meanwhile Australia arranged transport last night to get some of it citizens out of Bangkok to Phuket where an emergency Qantas flight bound for Singapore was waiting.

Qantas said yesterday it would run a second relief flight between Phuket and Singapore early today.

A large group of Filipinos arrived home on Monday after their government laid on a special flight to Manila and on Sunday 1,400 Chinese tourists were able to leave when Chinese aviation authorities sent planes to Thailand to bring them home.

Today dozens of Canadian tourists will leave as part of a deal worked out by their embassy's officials.

South Korea dispatched planes as long ago as last Thursday to bring its nationals home, on commercial flights that landed at its military airports

The big question for NZ'ers trapped in Thailand is: would it be quicker to apply for Australian citizenship or wait for their own government to come to their aid?

katrina d (Papakura)
"Why is the NZ government always the last to send in help when it comes to our own citizens,It doesnt matter that we have a new Prime Minister, his reaction is the same as Helan Clarks pertaining to the Bali bombing.
The wait and see attitude!Most countries , including Australia moved on the 1st call of help from thier stranded civilians.
What are we waiting for, get planes in, get our people out."

Good to know that you can always rely on the NZ government in a crisis!

from Lúthien on Tuesday, December 02, 2008 0 Thoughts about this post 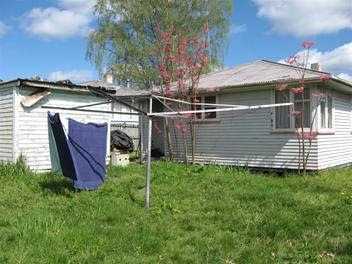 Following on from Sunday's article about poor standards in New Zealand's homes, I came across this article in Scoop and thought it may be worthwhile mentioning it here because it helps to demonstrate just how serious and widespread this problem is.

According to a health expert 3 out of 4 homes in some regions of New Zealand were so cold, damp and mouldy that they were on a par with refugee camp huts....

"At a workshop in Wellington yesterday on the health effects of leaky buildings, Associate Professor Jeroen Douwes of Massey University cited a 2005 study, which found mould in 75 per cent of the 1310 households surveyed.

"This is comparable to a study of Palestinian refugee camps, where the rate was 78 per cent."

Nationally, about 35 per cent of New Zealand households report mould in one or more rooms, compared with 18 per cent in Europe.

A survey by Otago University public health researchers of 33 peer-reviewed studies found exposure to damp and mould raised the risk for respiratory problems -wheezing, coughing and asthma - by 30 per cent to 50 per cent.

"This issue affects potentially tens of millions of people worldwide, and there is a big case for more interventions and research."

Up to one in five New Zealanders suffer the chronic and sometimes life-threatening respiratory condition. Wellington's Asthma Research Group has found that asthmatics allergic to mould had much more severe symptoms, and were almost twice as likely to end up in intensive care...."

from Lúthien on Monday, December 01, 2008 0 Thoughts about this post 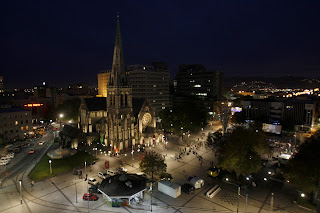 "Christchurch's inner city at the weekend was "absolute mayhem! with drunk people, particularly women, "at each other's throats", police say.

Inspector Malcolm Johnston, who was part of Operation Crusade on Saturday night, said he was disappointed and shocked by the number of drunk and disorderly people drawn into the city by the warm weather and Christmas in the Park.

"It was absolute mayhem. I don't know how many arrests there were. We just didn't have time to make arrests; we were just pushing people apart. There were just so many confrontations, scuffles and violence going on; people getting bashed and robbed. It was just shocking, you know, with that 24-hour drinking. It was just incredible.

Some women had shown their nasty, drunken side, Johnston said.

Drunk women at each other's throats

"I could not get over the number of drunk women who were at each other's throats. A lot of guys were trying to keep them parted and that would escalate and, from there, you would get a massive brawl," Johnston said.

"There is nothing wrong with alcohol, but I don't know why people stay out till after 3am and continue to drink and get written off and turn into nasty violent drunks."

A large number of people were summonsed to appear in court for breaching the liquor ban."

from Lúthien on Monday, December 01, 2008 1 Thoughts about this post

Links to this post
Labels: Christchurch, Drink, Violence on the Streets 
"A quarter of a million homes are so cold, damp and poorly built they are causing serious health problems, according to a significant new study.

The problem with the houses - which are poorly insulated, some with black mould and potentially toxic air quality - could cost more than $20 billion to put right, say report authors.

Both old and new homes affected

It is not just a problem with old homes. Many new homes and renovated homes lack adequate insulation, heating, ventilation and double-glazing, as builders and landlords invest their money instead in superficial improvements to increase houses' value.

The New Zealand Business Council for Sustainable Development, which commissioned the survey of 3500 households, says the country is suffering a "massive" housing problem and it has called for law changes to bring homes up to scratch.

Respondents said they and their children suffered from a wide range of illnesses, including sinus problems, mould allergies, asthma, bronchitis and pneumonia, caused by damp and badly insulated homes.

Business Council chief executive Peter Neilson says, "Talk to anyone coming to New Zealand and they say they have never been colder in homes."

The problem has been made worse by rising electricity costs. People responding to the survey said they had been forced to move into the lounge during winter to keep warm; and mould and damp had caused their children to be repeatedly admitted to hospital with respiratory and other health problems.

from Lúthien on Sunday, November 30, 2008 0 Thoughts about this post