Another Attempted Abduction in Auckland

Following yesterday's attempted abduction of an 11 year old girl in North Shore it has been revealed that a second kidnapping attempt was made on a 14 year old in Ravenna Way, Otara. (google street view: link)

Although the two incidents are not thought to be linked they follow a series of similar crimes in the
region where school children have been attacked in broad daylight. One of which was the abduction and rape of a 15 year old in Henderson, by a bogus truancy officer and another the attempted abduction of a 10 year old in Stanmore Bay, Whagaparoa

from Lúthien on Friday, February 20, 2009 0 Thoughts about this post

"Police are investigating the attempted abduction of an 11-year-old schoolgirl on Auckland's North Shore today.

The girl was walking to school in Beach Haven , when she was approached from behind by a man in a Honda Civic two-door hatchback who got out and grabbed hold of her, police said.

The girl put up a struggle, eventually breaking free and running to school, where she raised the alarm.

The attack happened on Fordham St.

Police are looking for a Maori or Polynesian man, possibly in his late teens, about 1.8m tall, who was wearing a white and black cap with thick white stripes, baggy jeans and a green and white basketball-type shirt.

His car had a dent in the driver's door and its registration possibly started with the letters XA.

Police appealed for help from the public."

Gang fight at a Wellington School

More evidence that gang activities and violent behaviour in New Zealand's schools are getting out of control:

"A 23-year-old man has pleaded guilty to a charge of unlawful assembly, following a brawl in the grounds of Hutt Valley High School yesterday.

Police said a series of fights broke out shortly before 3pm after a group of three adults and six youths arrived at the school and confronted a student about a previous fight.

The school field erupted into a brawl when about 30 students went to aid their schoolmate.

About a dozen police were needed to quell the fighting and arrest the nine members of the group, who the school's principal said were wearing gang colours.

All nine were charged with unlawful assembly."
One of the 2,000 students at the school has published a video of the incident, believed to have been started by gang called the "Wax Assassins", on YouTube but it was removed soon afterwards.
However, there was an independent account of the stoush on topnews.net by Kohia Dennison which included the photograph shown above:


"After a Hutt High School student was attacked on a college sports field, nine people have been arrested.
It should be mentioned here that the three adults and six youth aged 14-17, who were not associated with college and have been charged with unlawful assembly. They will appear in court tomorrow.
Following a series of fights, which broke out just before 3pm, more than a dozen officers arrived at a spot.
During the violent fight, a cut was received by one female student after a rock was thrown at her.
It was confirmed by inspector Geoff Gwyn; Lower Hutt Police Response Manager that group confronted a student about a previous altercation involving a friend.
Mr. Gwyn said, "The group had been told to leave the college grounds earlier this morning but returned this afternoon and sought out the student. Scuffles broke out after 30 or so students went to aid their schoolmate."


Human Rights Abuses at the school

An article on the Asia Pacific Forum.net website recently highlighted human rights abuses and bullying at the school, whereby boys were dragged onto the school field and violated by their classmates.

Concerned parents reported the incident to the Human Rights Commissioner and calls were made for a national enquiry into pupil safety and school violence:

"The Human Rights Commission is to investigate schools' anti-bullying policies to see whether children's rights to safety are being protected.
The move follows calls for a national inquiry by parents of bullying victims at Hutt Valley High School. The investigation is linked to a study by the children's commissioner into pupil safety and school violence.
Chief Human Rights Commissioner Rosslyn Noonan agreed to analyse children's human rights concerns after meeting Hutt Valley parents. Her report will focus on "the right to safety and security of the person, the right to education and the rights of victims".
It will consider how human rights are addressed by schools' anti-bullying policies and make recommendations in situations in which policies are not protecting children.
The Government unveiled anti-bullying initiatives this year after a spate of school violence.

Documents issued under the Official Information Act show Education Minister Chris Carter called for urgent action amid fears that schools were not treating bullying as a priority.

Last December nine Hutt Valley High School boys were dragged to the ground and violated by a pack of six classmates.

The victims' parents wrote to the Human Rights Commission alleging a "systematic failure" by state agencies responsible for protecting children. They asked for a national inquiry into violence and human rights abuses in schools.
The commission has agreed to assist Children's Commissioner Cindy Kiro's school safety investigation, which is due to be issued in February.
The Hutt Valley parents' spokesman welcomed the investigations, saying playground violence was "a much broader issue than one school ... We're talking about child abuse".

More Auckland Bag Snatches: Police get one man but lose the other

"A man has been arrested in downtown Auckland after a bag-snatching incident.

Police swooped onto the lower Queen St, Viaduct Harbour areas after sightings of two men linked with an alleged bag-snatching on the North Shore this morning.

A police spokesman said one of the men was arrested near the boat terminal on Quay St without incident. Police are still seeking the other man."

Muggings of women/handbag thefts is an increasingly serious and widespread problem in Auckland, where a number of incidents have resulted in a death and serious injuries to both victims and innocent bystanders. See blog link: Handbag snatches

Polluted Tourist Attraction to Get Clean Up 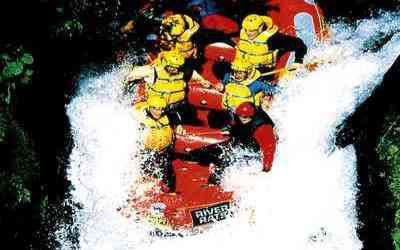 The public are today getting the chance to comment on council proposals to clean up the Maketu Estuary in the Bay of Plenty and the Kaituna River, which could cost an estimated $1 million.

The waterways, which include the highest commercially operated white water rapids in the world are contaminated by nitrogen, discharges from waste water treatment and freezing plants, and run off from farms and septic tanks.

According to the NZ Herald the Maketu Estuary

* (Is a) popular eeling and whitebaiting spot. Fishing for kahawai and snapper is also common in the area.
* Currently receives 4 per cent (100,000 cubic metres) of the Kaituna River flow per tidal cycle via the man-made Fords Cut.
* Has had a decline in plant and aquatic species.
* Is heavily polluted by a freezing works, wastewater plant and farm run-off going into the Kaituna River.
* Development around the river, reduced buffers between the land and the water, stock grazing and silt have also contributed to pollution, reduced wetlands and fish spawning.
* A working group is proposing more water be diverted from the river to improve water quality.

from Lúthien on Wednesday, February 18, 2009 0 Thoughts about this post