However, the majority of those families will be' empty nesters', i.e. couples aged 50 and over.

In a report issued in October of last year Statistics NZ projected that the number people aged 65 years and older will exceed 1 million by the late 2020s, which is double the 2006 figure. By that time the numbers of over 65s will be greater than the number of under 15 year olds.

Since the mid 1970s New Zealand has experienced one of the sharpest drops in the OECD in the number of young people within the working population - the fourth largest fall behind Korea, Canada and The Netherlands.

And because aging populations affect ethnic groups in groups in different ways the ethnic composition of the country is expected to change. By the early 2020s the Maori, Pacifica and Asian share of the youth population are projected to rise whilst the numbers of European youth will fall by 10%.

Net migration from New Zealand to Australia is now at a 30 year high, and 1 in 4 New Zealand graduates work abroad.

Prime Minister John Key has acknowledged that the country's Brain Drain is the worst in the developed world. He said:

"the numbers have to be slowed down, especially because young people are fleeing to Australia. He says the worst departure figures since records began are a reflection of our low wage problem."


To address these problems National has proposed a raft of new measures:


"1. Retaining Kiwis & Attracting More Home
Ensure tax, regulatory, and infrastructure policies make returning home attractive for highly skilled expat Kiwis. Require Immigration NZ to initiate a one-stop-shop approach to servicing the needs of returning New Zealanders.
2. Meeting Our Skills Needs
Streamline employer accreditation:
• Streamline proceedures for qualifying employers to be “recognised“ or “accredited” to recruit internationally.
• Make employment performance count more towards the granting of residence.
• Require employers who recruit offshore to provide a bond. Boost monitoring and remove accreditation/recognition from employers if policies are breached.
Better meet demand for seasonal skills:
• Retain the RSE Scheme for Pacific Nations. Make it easier to hire seasonal workers outside the scheme where it is not meeting employer’s needs.
• Introduce temporary work visas for legal visitors who have a guaranteed offer of seasonal work.
Access higher-level skills by introducing a Silver Fern Visa for people with recognised tertiary qualifications.
This visa will enable holders to:
• Undertake temporary work while seeking highlypaid permanent employment.
• Obtain a 24-month work visa once they have gained permanent employment.
• Apply for permanent residence (once on the 24- month work visa) through the Work-to-Residence or Skilled Migrant provisions.
3. Business and Retired Immigrants
• Set realistic requirements for Business Migrants in capital, language skills, and investment proposals.
Focus on job creation and export earnings.
• Establish a Retirement Visa for high net-worth immigrants who indemnify New Zealand from all health, welfare, and superannuation costs.
4. A World-Class Immigration Service
• Review Immigration NZ to ensure there are clear lines of accountability. Ensure fairness and transparency in its processes.
• Explore the establishment of a stand-alone Department of Immigration and Citizenship with no increase in bureaucrats.
• Strengthen settlement services by establishing a robust evaluation process to ensure effectiveness."

It's worrying to see a new Retirement Visa listed there as it will do nothing to address the problem NZ has with its ageing population, it will encourage more people to see New Zealand as a retirement haven.

Neither is there any mention of how National intends to deal with NZ's 'low wage problem.' (The cause of the brain drain according to Key) That is something that is going to be harder to get to grips with as the country's recession deepens.
from Lúthien on Monday, December 08, 2008 0 Thoughts about this post

A Third Of All Popular Swimming Places Unsafe 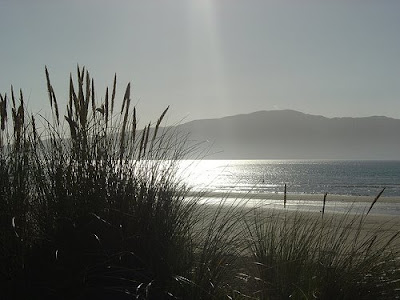 In stark contrast to New Zealand's '100% Pure' image a survey of local authority records by Consumer NZ has revealed that 29% of the most popular beaches and swimming spots are so polluted that the Ministry for the Environment advises people to stay out of the water.


Additionally, a lack of proper information from some councils means that the problem could be even worse than the survey suggests.

"Consumer NZ chief Sue Chetwin said a lack of helpful information from councils means swimmers at many other beaches may be at risk of campylobacter and ear, eye and skin infections."

Consumer NZ looked at the results from 500 councils and only 17% of bathing places had a water quality ranked as "very good". Some were so bad that "no swimming" signs should be erected:
"Ocean Beach stream in Northland and Kawakawa Bay, south of Auckland, were among those ranked very poor - the level where the ministry says councils should have up permanent "no swimming" signs. 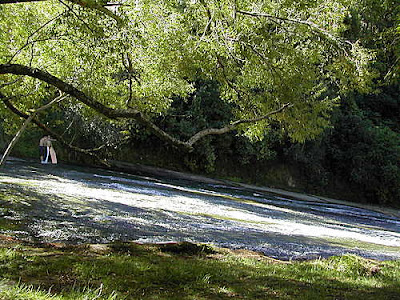 No Auckland City beaches appeared in the survey because the city council could not provide information. This comes at a time when the council is preparing to cut $86 million from stormwater improvements.

The cuts will result in sewage overflows at popular Eastern Bays beaches - St Heliers, Kohimarama and Mission Bay (below) occurring for years longer than planned. 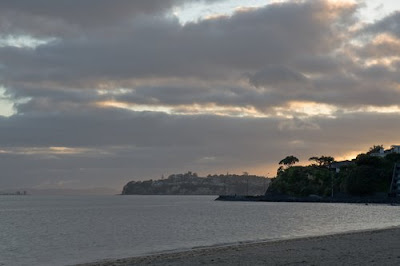 Source: NZ Herald
from Lúthien on Monday, December 08, 2008 0 Thoughts about this post 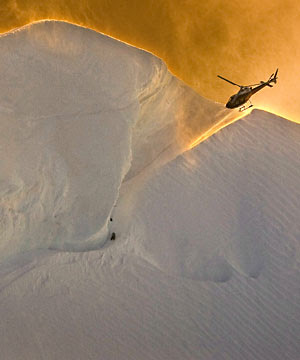 The pair had been trapped by 130km winds in a storm near the summit of New Zealand's highest mountain (3754m) with temperatures as low as -20c.

It was 6 days before the weather was good enough to dispatch a helicopter to rescue them.

Ikenouchi is the 69th climber and the 7th Japanese national to have died on the peak.

In total over 200 people have died in climbing accidents in the Mount Cook National Park since 1907.

Link: Courier Mail
from Lúthien on Monday, December 08, 2008 0 Thoughts about this post