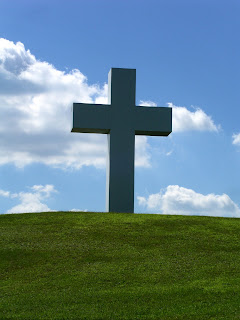 The Sensible Sentencing Trust has published an interactive map detailing 58 known murders that have taken place in New Zealand during 2008, 21 of them in Auckland - an average of 2 a month.

Each cross marked links to a news report of the crime.

The map may be found here: Murder Map
from Lúthien on Saturday, November 29, 2008 0 Thoughts about this post

Links to this post
Labels: Crime, Murder Map, NZ not as safe as you think, Sensible sentencing trust

Auckland's Most Dangerous Places To Live 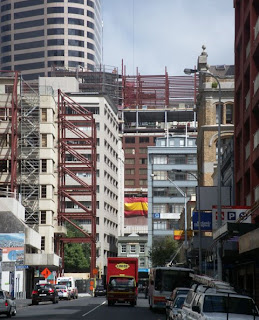 Metro recently published an interesting and eye opening article daring to spill the beans about six dangerous aspects of life in Auckland.

It makes interesting reading for anyone intending to either visit or live in the Auckland region.

"Counties Manukau has the highest annual murder rate — often two or three times higher than that of Auckland City, and several times greater than in Waitemata (which includes North Shore, Waitakere and Rodney)"

The full article can be viewed here

"About the Show
Piha is the busiest surf beach in New Zealand, by far. Thousands of visitors flock here every summer to enjoy the sun, sand, surf, and wild terrain. This season many of these people were caught unaware by the silent dangers at Piha - the rips, waves and rocks. Filmed with several water and beach cameras, Series Four of Piha Rescue once again brings the action from the beach right into viewers' living rooms."

Swim between the flags.

from Lúthien on Friday, November 28, 2008 0 Thoughts about this post

Links to this post
Labels: Auckland, Metro magazine, NZ not as safe as you think

"A 29-year-old Manurewa man has been charged with the murder of an 80-year-old woman who died after being attacked in her home.

The hunt for Yin Ping Yang's killer has been going since June.

Mrs Yang died in hospital, but was able to give police a description of her attacker. She told them he attacked her from behind and dragged her downstairs to a bedroom.

Mrs Yang said she struggled as he tried to push her into her bedroom closet and he stamped on her."

"Tourists have been advised by one ethnic group that it is not safe to walk alone on the street in New Zealand, as other Asian groups say the country is fast losing its reputation as a "safe country to visit".

The New Zealand-Japan Society has advised tourists to travel in groups, rather than individually, after arrests were made over the murder of Korean backpacker Jae Hyeon Kim.....

Last month, Joanne Wang, 39, was killed in a hit and run after her handbag was snatched; Yang Yin Ping, 80, was fatally attacked in her Manurewa home; and Navtej Singh, 30, was shot during a robbery of his liquor store. All the victims were Asian.

Businessman Charles Kang, a trade consultant originally from Singapore, said many of his overseas clients have raised concerns over safety issues over doing business in New Zealand.

"One compared New Zealand to South Africa, and another said Auckland was fast becoming for us what Oakland is to America," said Mr Kang. "Many expressed surprise at the level of crime we experience here, because New Zealand has a reputation as being a safe country."

from Lúthien on Thursday, November 27, 2008 0 Thoughts about this post

Links to this post
Labels: Home invasion, NZ not as safe as you think, Yin Ping Yang 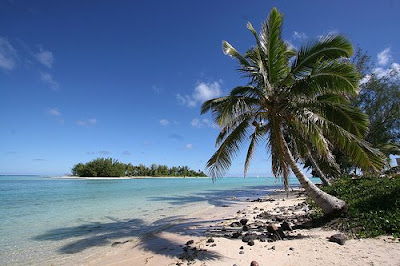 Two tourism related news stories have been playing out in the NZ
press over the last few days.

The first centred around complaints that the country's national carrier Air New Zealand has been holding small Pacific Island nations to ransom - demanding millions of dollars more in grossly inflated subsidies for the privilege of accepting their services.

The small pacific island nations are heavily dependent on Air NZ flights for both for tourism and trade, which would suffer drastically if flights are withdrawn.

The islands of Samoa and Tonga are facing cuts in services from next week unless they cough-up more to keep Air New Zealand interested.

The Cook Islands has already agreed to the demands and will increase their payment from $2 million to $5 million. Their tourism minister Wilkie Rasmussen said his country had agreed to a new joint venture, to be signed within two weeks and said that the "flights were important to secure access to visitors from North America, the UK and Europe."

According to the NZ Herald, Samoa's Deputy Prime Minister Misa Telefoni has said Air New Zealand is holding his country to ransom and he has "approached rival airlines about flying the Los Angeles route through Apia and Tonga."


The second news story concerns a massive storm of protest from New Zealand over Britain daring to introduce a 4-tier departure tax based on distance travelled (a form of carbon tax) with passengers on long haul flights to countries such as New Zealand hit the hardest.

Fears are that hiking the departure tax from the present equivalent of $113 to $240 will cause a massive drop off in visitors to NZ and have serious consequences for the NZ tourism industry, already hit by a fall in numbers due to the recession.

The irony of the two situations is not lost on some people.

On one hand the NZ government leaps onto its high horse about its tourism industry being threatened by high departure taxes and is worried that other countries will follow suit, whilst on the other its national carrier is squeezing small island nations whose small, tourism based economies are heavily dependent on Air NZ flights.

Before John Key sits down to talk to Gordon Brown he needs first to sort out what's going on in his own back yard.