In yet another mugging in Auckland a woman has been dragged 130 metres by a car as she tried to cling onto her handbag.

This is just the latest in a very long string of similar attacks on women in the
Auckland region. They have continued unabated despite a large scale round up of offenders by police in September . See blog entry.

Last month an innocent bystander was shot dead by police, and another injured on an Auckland motorway, following a mass vehicular pursuit of a handbag snatcher that involved 20 police cars and caused severe distruption to the region's traffic system. Blog link

In June 2008 Joanne Wang was killed in front of her young son in an almost identical attack at the Manukau Westfield shopping centre.

This report on today's most recent incident is take from Stuff.co.nz

(N.B. The Tident Tavern is in Onehunga, not Panmure)

"The 45-year-old was walking through the Trident Tavern car park in Panmure about 4.40pm when an occupant of a vehicle grabbed her handbag, said Detective Sergeant Mark Cullimore of Auckland Central CIB.
She was dragged about 130m by the car as the two wrestled for the bag.
The woman suffered severe grazing and bruising to her legs and arms and was quite shaken by the attack, Mr Cullimore said.
She was taken to an Accident and Emergency Centre for treatment.
There was only a vague description of her attacker, who was described as having dark skin and being in a dark coloured car, he said.
Police were keen to hear from any witnesses to the incident."
from Lúthien on Saturday, February 07, 2009 0 Thoughts about this post 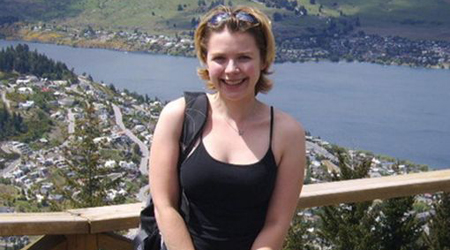 The murder, which happened in Taupo in NZ's North Island, shocked not just the residents of the small town but people all over the world.

The incident received international press coverage and brought into sharp focus the problem of violent crime in the country. People questioned New Zealand's reputation as a safe place in which to live and visit.

Today Karen's 15 year old killer Jahche Te Manawa Kaha Brougton pleaded guilty and spared her family the ordeal of sitting through what was likely to be a long court case.

He also pleaded guilty to one count wounding with intent to cause causing grievous bodily harm to another woman, aged 17, in Taupo on January 5 last year.

Sentencing will be carried out on 6th March.

Her mother, Lisa Kuka, 35, was sentenced to nine years imprisonment on two manslaughter charges.
Oriwa Kemp, 18, was sentenced to three years, four months imprisonment and Michael Pearson received three years for their ill treatment of the toddler.
Justice in this case has been seen to be done but what about the thousands of other children like Nia who suffer dreadful abuse at the hands of their families in New Zealand?
Who is going to be reponsible for making sure that there is zero tolerance for any form of child abuse in Aotearora.

A 2003 UNICEF report showed that New Zealand has one of the highest rates of child death from maltreatment (physical abuse and neglect) among rich OECD countries.